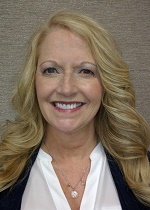 Gigi Lowry was born in Paris France and moved to Aberdeen, WA at an early age.  She moved to Quincy in 2009 and joined Microsoft directly in June of 2015.  Prior to that she had managed the Operations for the Atos onsite support vendor team at the Datacenter since August of 2009.  Currently, as the Regional Operation Assurance Manager for Microsoft, her primary role is to ensure Process and Procedure adherence and Audit preparedness.  She travels between Phoenix, San Jose, CA, Seattle and Quincy.  She has a Master’s Degree in Computer Information Systems and has been involved in Computer Technology since the early 1990’s.  She has been a resident of Crescent Bar for 7 years and is involved as a member of the Board of Directors for Quincy Chamber of Commerce and also the Quincy Rotary.